Inactivating mutations in the Methyl-CpG Binding Protein 2 (MECP2) gene are the main cause of Rett syndrome (RTT).

Despite extensive research into MECP2 function, no treatments for RTT are currently available. Here we use an evolutionary genomics approach to construct an unbiased MECP2 gene network, using 1,028 eukaryotic genomes to prioritize proteins with strong co-evolutionary signatures with MECP2.

Focusing on proteins targeted by FDA approved drugs led to three promising candidates, two of which were previously linked to MECP2 function (IRAK, KEAP1) and one that was not (EPOR).

We show that each of these compounds has the ability to rescue different phenotypes of MECP2 inactivation in cultured human neural cell types. 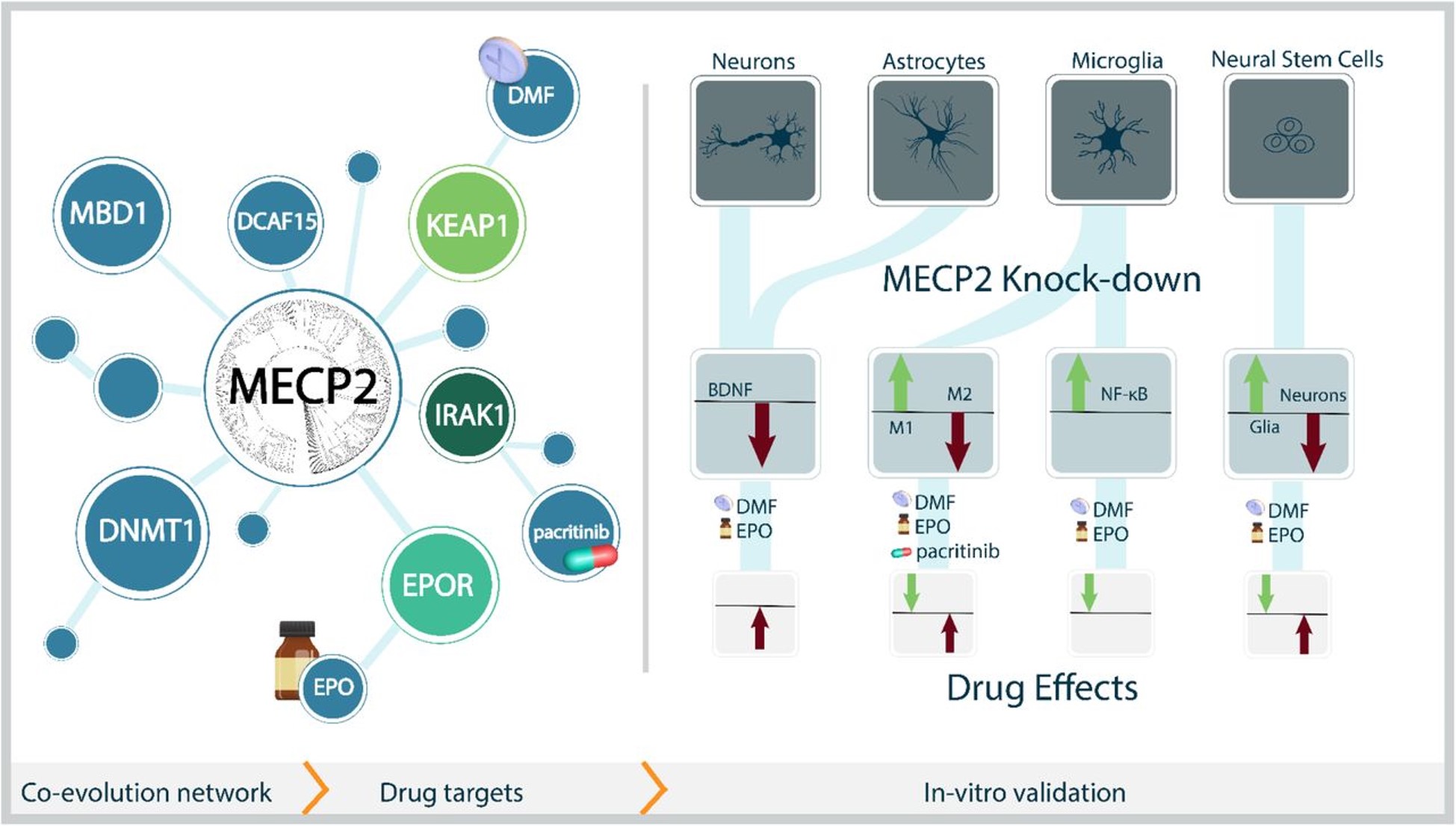 We use cookies and similar technologies to enable services and functionality on our site and to understand your interaction with our service. By clicking on accept, you agree to our use of such technologies for marketing and analytics. See Privacy Policy